The primary aim of producing the long-term forecast is to assess the status of the National forest sink and carbon stocks by the second half of the century as specified in the Paris climate change agreement. In particular, the agreement calls for a balance between anthropogenic emissions by sources and removals by sinks of greenhouse gases in the second half of this century, and invites Parties to take action to conserve and enhance, as appropriate, sinks and reservoirs of greenhouse gases, including forests. The EU LULUCF regulation strives to ensure the continuation to decrease its greenhouse gas emissions and enhance removals in line with the Paris Agreement. Ireland has, for some time now, shown that the National forest sink is steadily declining due to numerous factors such as large shifts in age class structure due to afforestation legacy and a large increase in available harvest based on sustainable forest management practices. In addition, the afforested sink is projected to decline due to unsustained level of afforestation going forward due to competing agricultural policies which influence availability of land for afforestation.

Long term projections up to 2050 were developed using the CBM modelling framework, as used for the FRL projections submitted to the EU in December 2018. The 2017 NIR was used as the initiation year to define the state of the forest and the forecast roundwood harvest up to 2050 was used to calibrate harvest events defined in CBM

The GHG balance, including HWP, of the total forest area declines from a net removal of 5.5 MtCO2 in 2017 to a net emission of 0.8MtCO2 by 2036 (Figure 1). This trend is reversed over the period 2036 to 2050, where the forest becomes a net removal of CO2eq by the middle of the century. For forest lands afforested before 1990 (AR, Figure 1), the GHG emission/removal trends are driven by an increase in the harvest and harvest to biomass increment ratio. The harvest and harvest to increment ratios for FM land increases slightly and peaks by 2035. However, the GHG trends in FM land appears to be more related to changes in biomass increment, which is associated with age class shifts 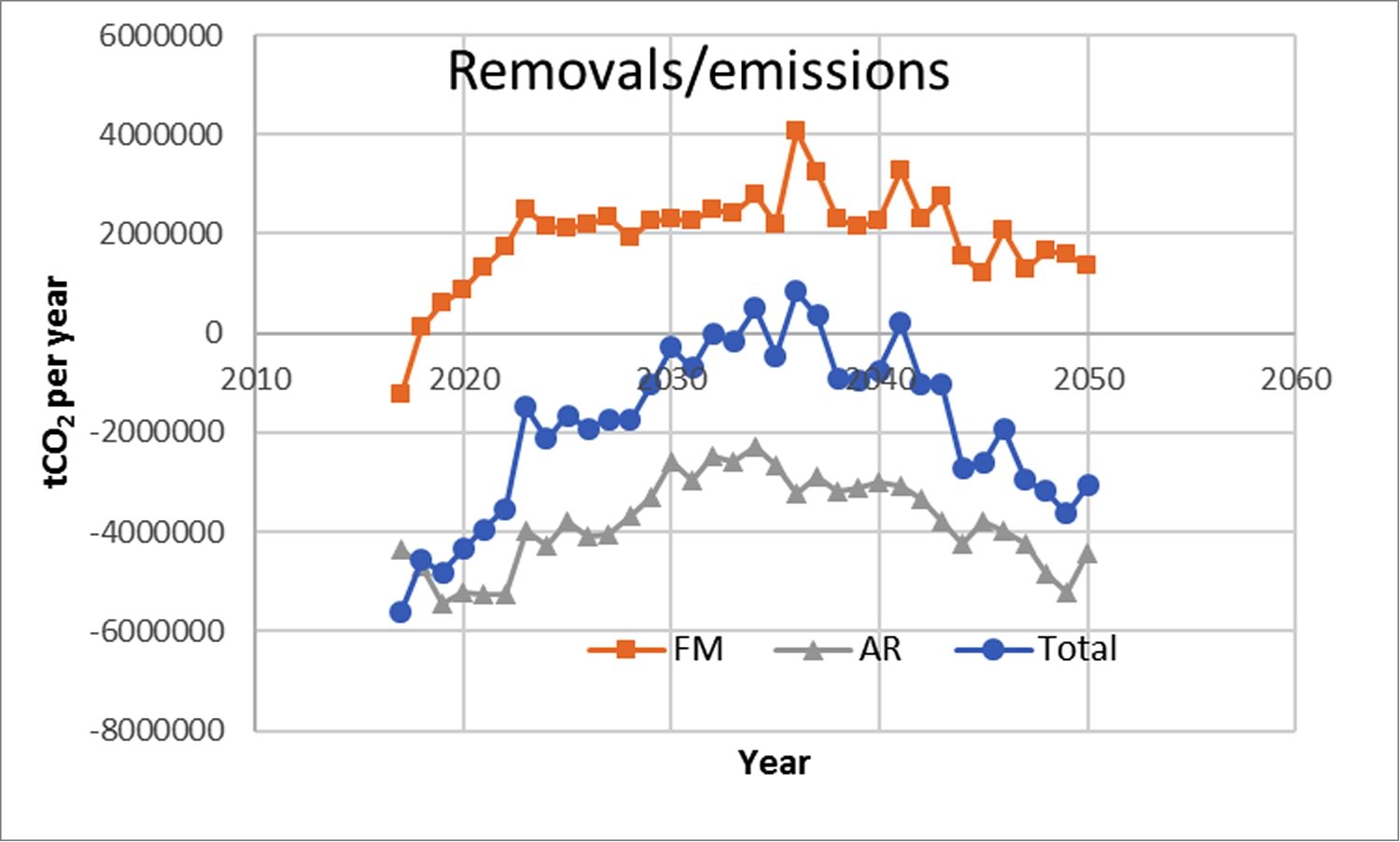