Despite extensive traditional hand-cutting over many centuries, Irish peatlands remained largely untouched up to the establishment of the Irish Peat Board (Bord Na Móna, BNM) as a semi-state body in 1946. Of the 1.2 million ha of peatlands in the Republic of Ireland, the BNM areas classed as ‘industrial’ now account for about 80,000 ha or 7% of the total peatland area. These BNM areas are located mainly in the midlands and to a lesser extent on blanket bogs in the west and north west of the country. BNM harvests, on average, four million tonnes of peat annually, depending on weather conditions. Approximately three million tonnes are used for energy production, while the rest is used for horticultural peat (2/3) and briquette production (1/3). 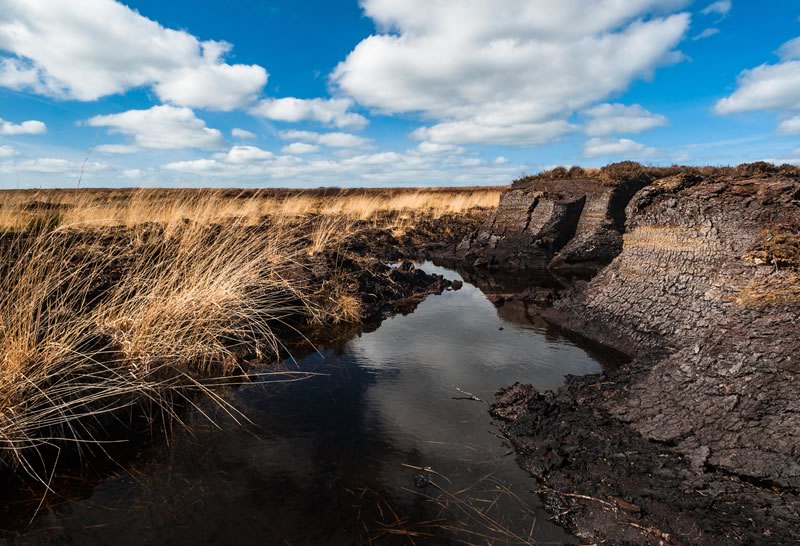 About 16,000ha of the BNM peatlands have so far become ‘cutaway’ (this does not necessarily mean that the peat has been completely harvested). This area is increasing every year but at a variable rate and it is expected that another60,000ha approximately of peatlands, depending on peat harvesting policy, will become ‘cutaways’ within the next 20-30 years (with some areas, including fringes, remaining untouched). Much forest research has been carried out since the first cutaways became available for post peat harvesting uses in the 1950s. Since then, the emphasis has continually changed, as peat harvesting systems moved from partially cutaway sod peat to exclusively milled peat, resulting in the development of new approaches, research and policies. Over the years, the main areas of investigation have included: grassland, crop production, horticulture, commercial forestry, biomass production, dry-land recolonisation and wetland creation/restorationand recreational use. The options forpost peat harvesting -use are determined to a large extent by the residual peat type and depth, hydrological constraints, geographic location and economic considerations. Although the initial trials established on the afforestation of cutaway bog, established in the mid 1950’s at Clonsast bog in Co Offaly, gave encouraging results, significantly these were carried out on sod peat cutaway which is a distinctly different medium to the milled peat situation that pertains nowadays. Bord Na Mona cutaways are extremely heterogeneous below ground even though the landscape looks deceptively uniform in appearance from above. The peat varies in type, thickness (because of the undulating topography of the bog floor and local harvesting practices), pH, nutrient status, moisture regime (drainage) and in the geomorphology of the underlying (pre-bog) relict mineral soils. All of these factors influence future land-use programmes.